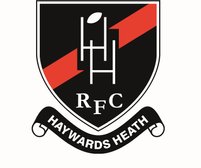 Strong future on the horizon for senior rugby at Heath

After investing so much to bring higher league rugby to Whitemans Green, Heath has reluctantly withdrawn from London 1.

The Club has made the difficult decision to withdraw from London 1 South league for the 2021/22 season and we will therefore be competing with one squad in Sussex 2 next season.

The Club tried to negotiate a better solution with the London league secretary and Sussex RFU but, despite the challenges of Covid and no rugby having been played for a year and a half, neither organisation have been able to step in or be flexible given the current situation the Club finds itself now facing. In many ways it would have been better if we had not been promoted in the 2019/20 season since the onset of Covid stopped any momentum that had been created.

However, moving forward, despite this situation, Heath's senior squad continues in safe hands under the experienced coaching team of Martin McTaggart, Jim Taylor and Jack Emmerson with a strong and committed group of players.

The squad is looking forward to playing other local clubs as it seeks to compete next season - starting with a friendly at home this Saturday against old friends and foes Hove RFC. All supporters welcome - 12noon kick off.

Anyone wanting to join a group of players committed to staying fit, maximising their ability and enjoying their rugby contact rugby@hhrfc.co.uk